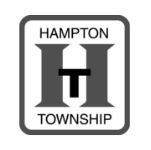 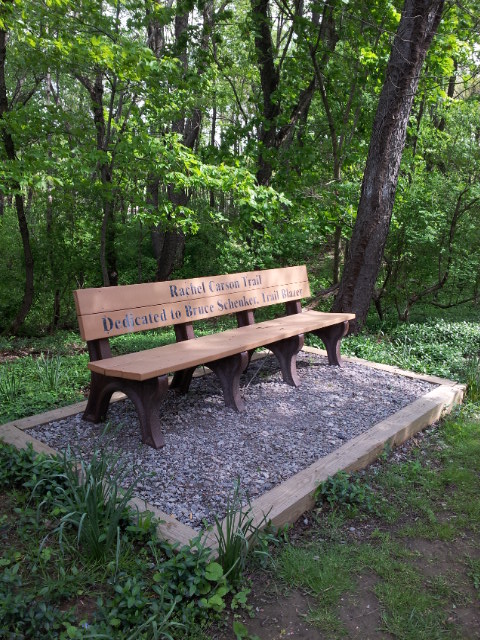 e Rachel Carson Trail is a 45-mile (73 km) hiking tail entirely within Allegheny County, north of Pittsburgh, extending from the Harrison Hills County Park to North Park. The trail is intended to be used exclusively by hikers and runners and permission from landowners was obtained on this basis.The trail was conceived and built, and is continuously maintained by the Pittsburgh Council, American Youth Hostels.  The Rachel Carson Trails Conservancy (RCTC) now maintains the trail. The whole trail is marked with yellow "blazes."  A double 'blaze" indicates a turn ahead.Rachel Carson, a marine biologist, author and early environmentalist was born in Springdale, PA, in 1907, and died in 1964 at the age of 56. During her life she was an active hiker, bird watcher, outdoor explorer and nature enthusiast. In 1962, her book Silent Spring warned of the dangers of the indiscriminate use of pesticides, herbicides, and other chemicals. She became one of the most influential environmental activists in history. In March 1999 she was named, by TIME Magazine, as one of the 100 most influential people of the century. 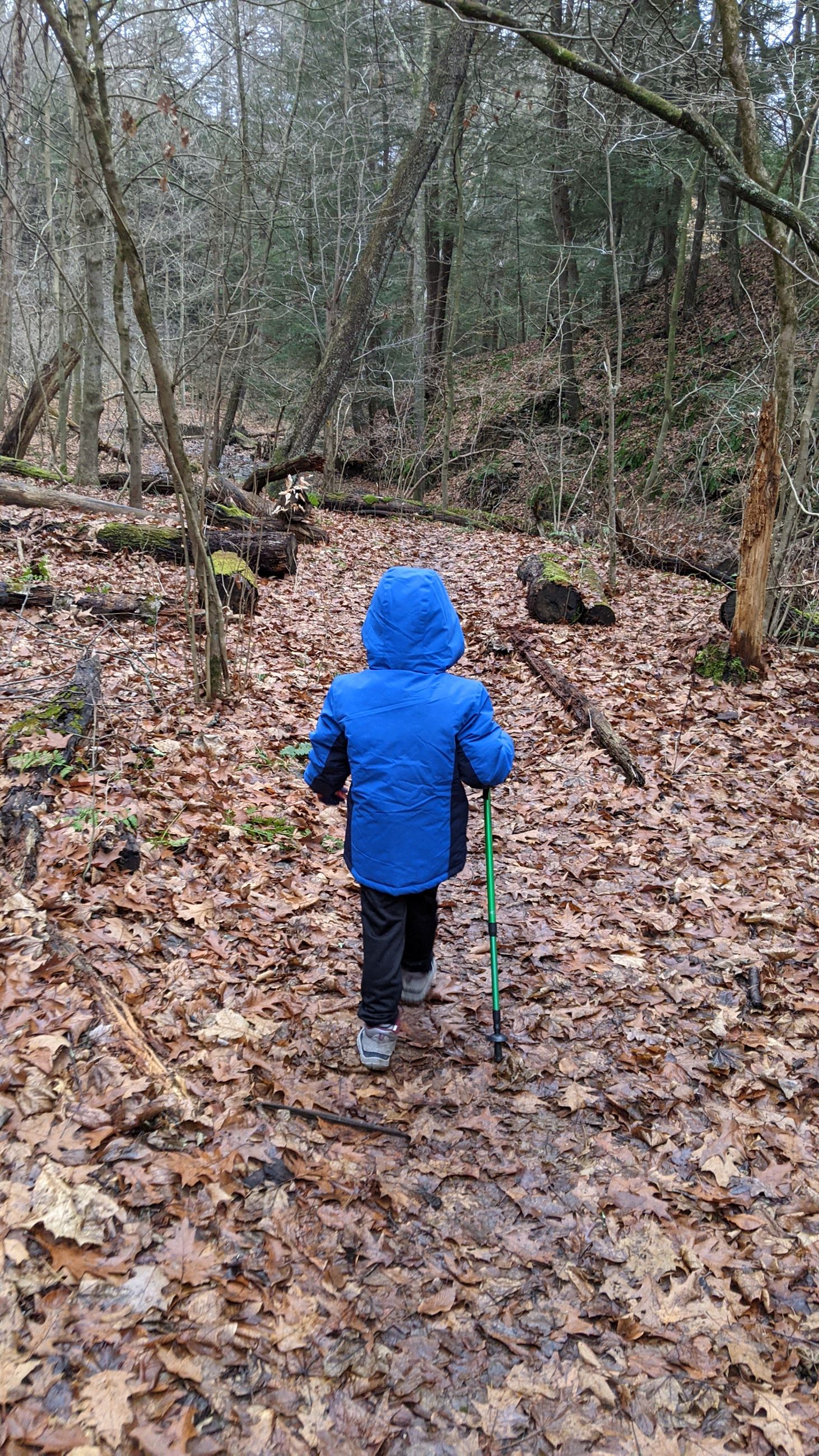 In August 1998, after a year of raising funds, the group was able to erect an informational sign mapping out the route of the trail through Hampton Township. Although damaged by vandals less than a year later, the sign has been repaired and is located in Hampton Community Park at the top of Upper Orchard (beyond the swimming pool). 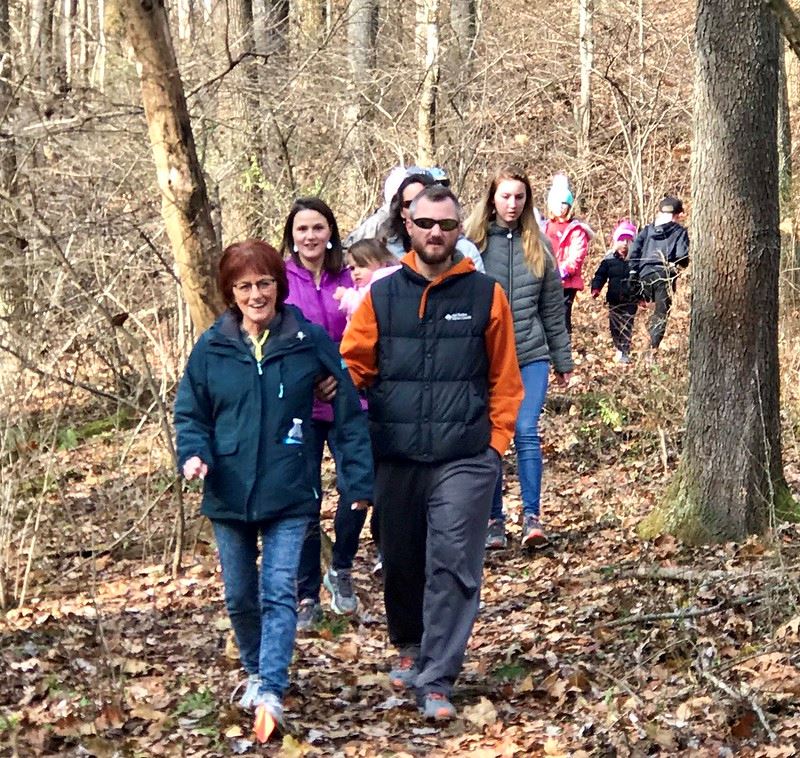 geocachers) with some of the geocaches in the Hampton Township park.  There is also a 100-mile quest where hikers can earn a patch for their efforts.  For more information on The Rachel Carson Trail please visit :http://www.rachelcarsontrails.org/rct